Red Dragon Tattoo Makes it 3 for 3

Red Dragon Tattoo won by 6 3/4 lengths yesterday to make his career record three wins from three starts lifetime for Ten Strike Racing and trainer Juan Carlos Guerrero. He was purchased by Ten Strike at the 2015 OBS October Sale for $37,000.

Next up was an N1X Allowance on October 25, 2016 race going 7 furlongs on the dirt. He broke sharp once again and was challenged down the backstretch losing his lead for a few strides. He rebroke and pulled away with ease in the stretch to win by 2 1/4 lengths. It was another impressive performance with a 73 Beyer and 5 Thoro-Graph. 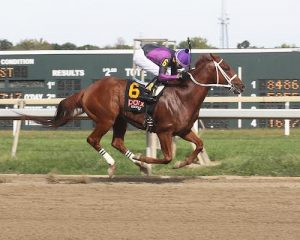 Yesterday he checked off another condition winning his N2X Allowance with ease. Once again he cleared the field, set moderate fractions, and pulled away nicely down the lane. He earned his biggest Beyer yet with a 91. 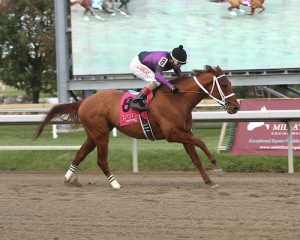 All three starts the son of Bellamy Road was ridden by the promising young jockey Jorge Vargas Jr. He will likely point for a Stakes race next at Aqueduct.