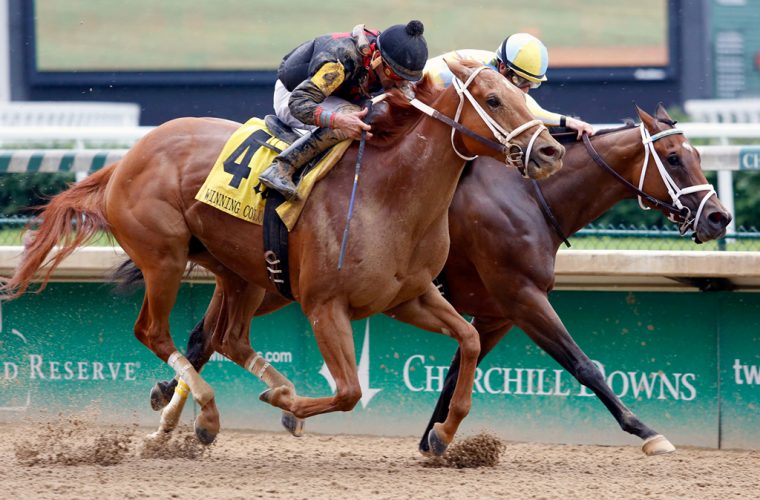 Ten Strike Racing’s I’m a Looker ran down the field in the Saylorville Stakes on July 6th at Prairie Meadows to finish 2nd by a length.

The 5 year-old daughter of Henry Hughes settled four lengths behind the leader in the back of the pack in this six furlong Stakes race. Turning for home, I’m a Looker sat patiently and waited for her gap. Once asked by jockey Corey Lanerie, I’m a Looker swallowed up the field but unfortunately the post came a length too early.

This was a promising run and Ten Strike Racing with co-owners China Horse Club and Head Of Plains Partners now have several summer possibilities including the Shine Again Stakes at Saratoga in early August followed by the G1 Ballerina Stakes at Saratoga over seven furlongs in late August.

This was I’m A Looker’s first start for trainer Brad Cox since being purchased privately in late 2016.