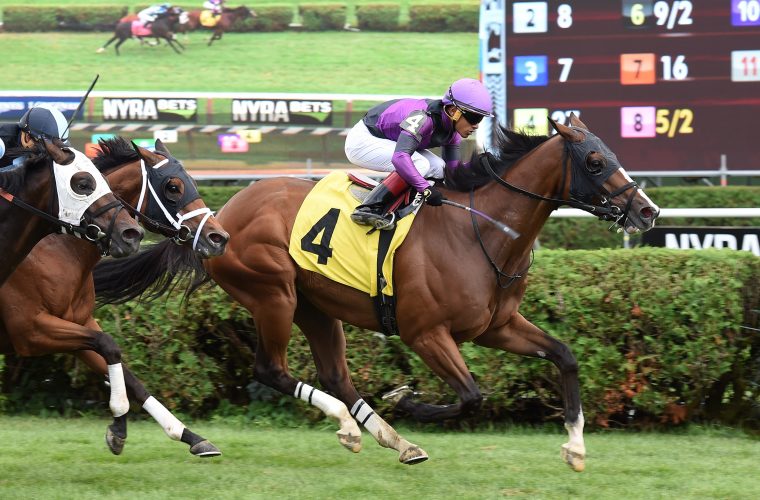 Win with a homebred at Saratoga.

Ten Strike co-founder Marshall Gramm claimed his first horse in 2008, a 6 year-old mare by Gulch that had made 42 career starts. Her name was Aunt Dot Dot and she raced seven more times before he retired her in February of 2009 and bred her to the full brother of Giant’s Causeway, Freud. The mating resulted in a bay colt named Dot Matrix.

Marshall Gramm summed the win up best, “Nothing beats winning with a homebred at Saratoga”