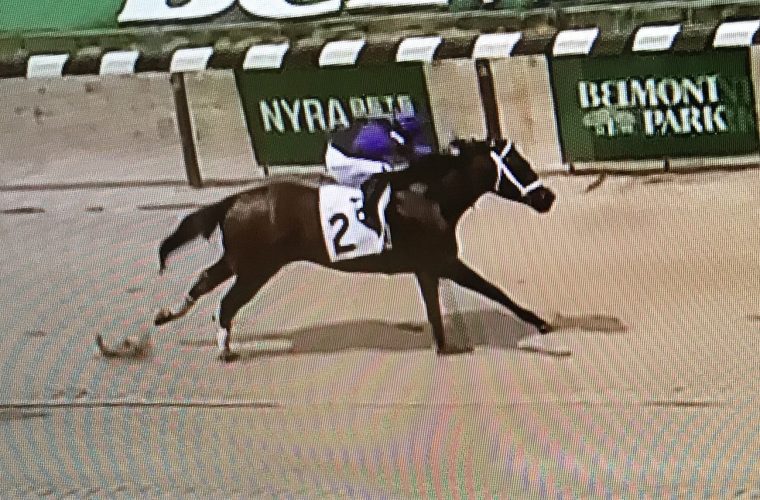 Steam Engine (3YO Mineshaft colt), making his second start off a six month layoff, took command of a state-bred first level allowance field at Belmont on June 21st and never looked back, posting a win that saw him earn a career high Beyer Speed Figure of 79.
Breaking well from the rail against a full field, jockey Luis Saez sent Steam Engine straight to the lead where he faced a bit of pressure. Though a couple of foes pressed him to his outside, he relaxed well on the front end while posting quick fractions of 22.48 for the 1/4 and 45.25 for the half-mile split.
As they turned towards home, Steam Engine opened up to lead by a few lengths as he was busy running his rivals off their feet. He kept on throughout the stretch to win by a measured 1 3/4 lengths.
The Ten Strike home-bred Mineshaft colt has two wins and two seconds from five career starts, breaking his maiden over this same course and distance in similar fashion last October. The three year old New York-bed has now worked back twice since that race and looks to make an appearance at Saratoga this summer.
He is part of the 10X5 Racing Venture and gave our partners a great thrill winning here!