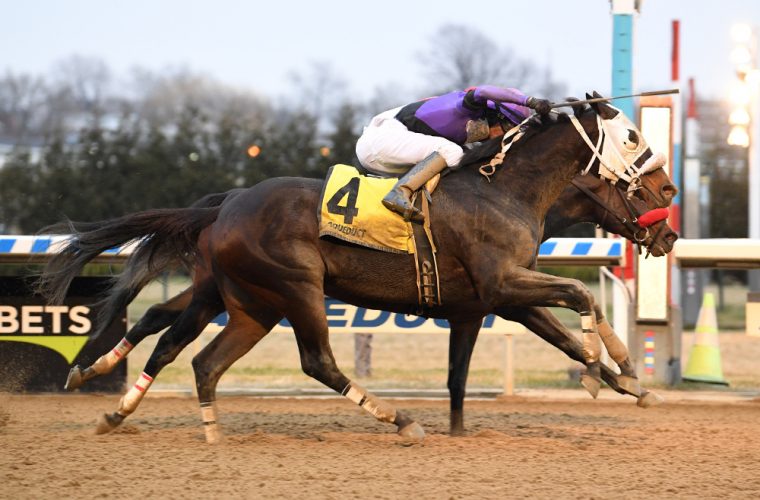 Lucky Move continues to provide evidence that her $30,000 claim was a wise one after running 2nd, beaten just 3/4 of a length in the Ladies Handicap at Aqueduct yesterday.

After laying several lengths off the pace, Lucky Move was asked for more going into the far turn while matching strides with the eventual winner, who was exiting a dominant G3 victory. Fighting tooth and nail down the lane, Lucky Move tired late to finish 2nd, but lost nothing in defeat while earning a career best Beyer Speed Figure of 83.

This race marked a big milestone for Lucky Move as, for the first time, she earned blacktype against open company, whereas her prior blacktype had been earned against state-bred company. This run will increase her residual value and is another step in the right direction for the daughter of Ten Strike favorite, Lookin At Lucky.

Meanwhile in New Orleans, stable standout Warrior’s Charge continued to work towards an anticipated start in the G3 $500,000 Razorback at Oaklawn Park on February 17th. The dark bay son of Munnings posted an easy 4f work at Fair Grounds, covering the distance in 49.00 (3/40). All being well, Warrior’s Charge will have three more works before his much anticipated return to graded stakes company. 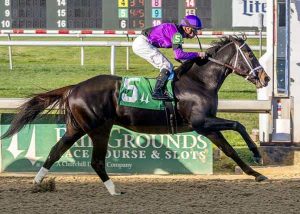 Warrior’s Charge’s form was given a boost over the weekend after Gun It, who ran 2nd, beaten two lengths by Warrior’s Charge last time out, ran 3rd in the G3 Louisiana Stakes at Fair Grounds.