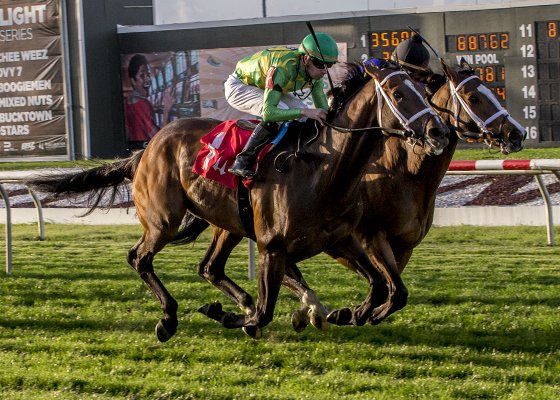 Dot Matrix on the Inside

Dot Matrix, a homebred for Ten Strike Racing, turned in a major effort to run 2nd by a nose to G2 winner Arklow in an Allowance on February 24th at the Fair Grounds. Traveling two-wide the entirety of the race, he was just caught by a late running Arklow who is a very talented turf horse geared for a big 2018.

Since transferring barns to Brad Cox, Dot Matrix has now strung together back-to-back impressive performances (a first and second) at the Fair Grounds.

Dot Matrix is out of Aunt Dot Dot who Ten Strike co-founder Marshall Gramm claimed in 2008. It was the first horse he ever claimed and he still owns her.

Not only did Dot Matrix earn a career best 90 Beyer, his TimeFormUS rating of 116 came back higher than Arklow’s in the same race (115).

A New York bred that has earned $184,241, he will head back to New York for his next start. Dot Matrix gave the Ten Strike Partnership a massive thrill this past summer at Saratoga, and is trending toward more thrills to come!